Becoming an Energizing Force in the Competitive World of Blockchain

Can a Market be too Competitive to Get Press?

Standing out from all the other companies and becoming a true thought leader in your industry is a daunting task for any newcomer. Add the fact that the newcomer is in the already crowded blockchain space with a focus on renewable energy and this challenge becomes monumental. On average, there were 18 ICOs per month that took place in 2017. As of July of 2018, that number increased to an average 99 a month! During the first half of 2018, these ICOs have raised $17bn, compared to $3.7bn for the whole of 2017.

When Restart Energy contacted us they mentioned that they recently completed their ICO; they were looking to use PR to stand out from the rest of the ICOs and gain recognition as a thought leader. Our team did their due diligence and discovered that the folks at Restart had a lot of expertise and unique perspectives about the intersection of renewable energy and blockchain.

The challenge was that Restart Energy was a company based in Romania with no existing press mentions or features. The trajectory from nobody to someone on the scene needed to accelerate quickly and we would have to start with a foundational approach to establish small wins that would build over time.

We could not have been happier with the results. Securing numerous guest post profiles on well respected publications for team members who have never written for other publications is a huge deal for our company. 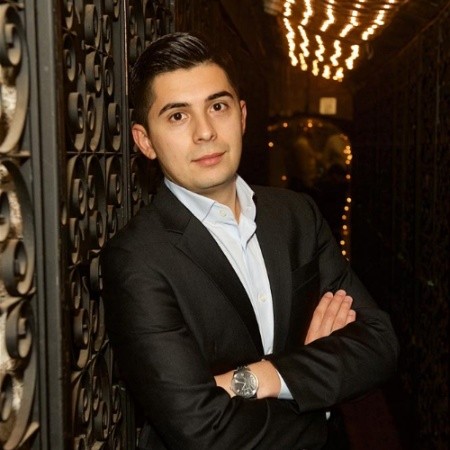 Producing extraordinary content is the best way to stand out from the crowd and build relationships with your readers as you build your authority and credibility in the space. For Restart, this meant refining the topics they would write about and lean on the JustReachOut team to help them find publications to submit and publish their op-ed articles.

Since Restart had never written for another publication we started with some lower tier blogs and gradually worked our way to higher tier publications with a much larger readership. Every week we’d brainstorm a few broad story angles. This sector is ripe for learning and so content that is delivered in the form of tutorials and guides do quite well. The Restart Energy team would transform mere brainstormed ideas into cohesive and actionable articles to help readers understand each topic in-depth.

Our Outreach Strategist specializing in blockchain and crypto would provide Restart Energy with edits and improvements for each guest article so that it had a higher chance of getting accepted by the publication. The Outreach Strategist would then submit the article and report back on a timeframe for publishing.

Establishing Credibility Based on Expertise

Within the first month of executing our guest article strategy, Restart Energy was getting published and establishing credibility in industry niche publications. From the beginning, the team at Restart understood that PR is a two way street: you get back what you put into the effort. So they went to work on producing the most outstanding and actionable content they could in the field of renewable energy and blockchain.

The publications responded very positively, the editorial staff at Asia Times, Bankless Times, and Irish News started to view the expertise of the founders as a valuable resource.

The articles Restart Energy wrote as contributor pieces were not promoting their own company but instead sharing advice, insights into their industry, and actionable tips. This was the secret sauce behind the success of their PR brand, instead of promoting Restart they were sharing useful information with readers in the industry.

Restart Energy is learning how to build relationships with the press through the guidance of JustReachOut. Establishing a credible base highlighting their expertise has propelled them to the forefront of the renewable energy space using blockchain technology.

Using PR to Rank #1 for a High Volume Keyword