Disrupting The Food We Eat With Groundswell Efforts

Bill Gates is the so-called spirit animal for Planetarians. In 2017, Bill publicly proclaimed that much of what we feed to livestock could be diverted to feed humans instead. Aleh Manchuliantsau, CEO and Co-Founder thought, “If I can build a company that does this, I will be at the same level as Bill Gates! I will command the same notoriety and publicity! Imagine my disappointment when that did not happen.” Manchuliantsau’s business, the upcycling of sunflower oilcake into high protein chips, is a challenging business and in the early days, his biggest PR nightmare came true. He was being rejected and ignored by the press after sending hundreds of email pitches to journalists.

This experience of constant rejection game Manchuliantsau pause on his approach to PR. He reflected on the fact that he wasn’t famous, didn’t have the right connections to the press, and perhaps he was at a disadvantage because English wasn’t his first language. So, he hired a PR agency with an impressive portfolio. He figured they would deliver his message. A few months later he had to end the contract because the results were the same as his own efforts, only he had less money in his bank account. Then he discovered JustReachOut. He figured that if he could learn how to upcycle sunflower oilcake, he could learn how to represent himself better than an agency could.

It’s the targeted search plus the training to write more than a better pitch but to think like a journalist. Sending one email to a relevant journalist is worth more than the thousands of journalists that receive a blanket email pitch. 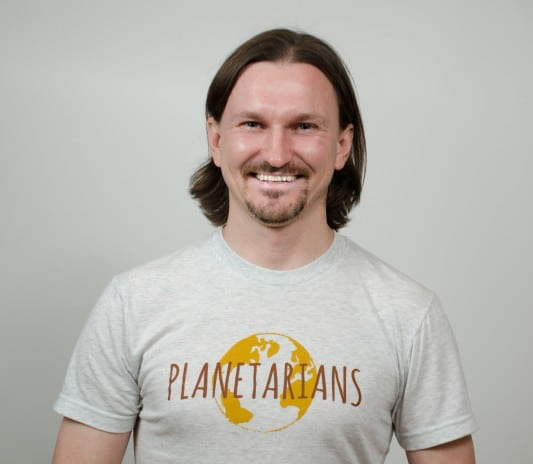 Manchuliantsau is a firm believer in A/B testing and with JustReachOut he’s been able to test different pitch angles, email subject lines, and see the resulting analytics. He likes having the input from the Outreach Team and knowing what’s working well for other JustReachOut customers as well as having the independent control over his brand. Looking back, his early success was the result of trial and error.

There was a lot of experimentation involved in finding the right outreach tactic. With help from JustReachOut Outreach Team, Planetarians built a groundswell effort and focused their initial brand on local reporters in Minnesota and the pitch angle of the company’s manufacturing partnership with the University of Minnesota and the #Minnesotaproud movement. The JustReachOut team and Planetarians started small with building relationships with some local newspapers and step by step landed an interview with ABC News on television. Next thing Manchuliantsau knew, he was invited by the New York Times to have a table at their employee wellness fair. Manchuliantsau has since shifted his attention to niche food and ingredient publications, garnering the attention of several writers who have their finger on the pulse on the pulse of this rapidly developing sector.